"The Arkansas Constitution requires that the membership of the House and the Senate be reapportioned every ten years following the federal census. Apportioning (analyzing population changes) and redistricting (re-drawing legislative district boundaries based on population changes) are done in Arkansas by the State Board of Apportionment, which consists of the governor (chairman), attorney general, and secretary of state. The United States Supreme Court has ruled that all districts must conform to the principle of “one person-one vote,” and that all districts have equal population." Government in Arkansas, 10th Edition. 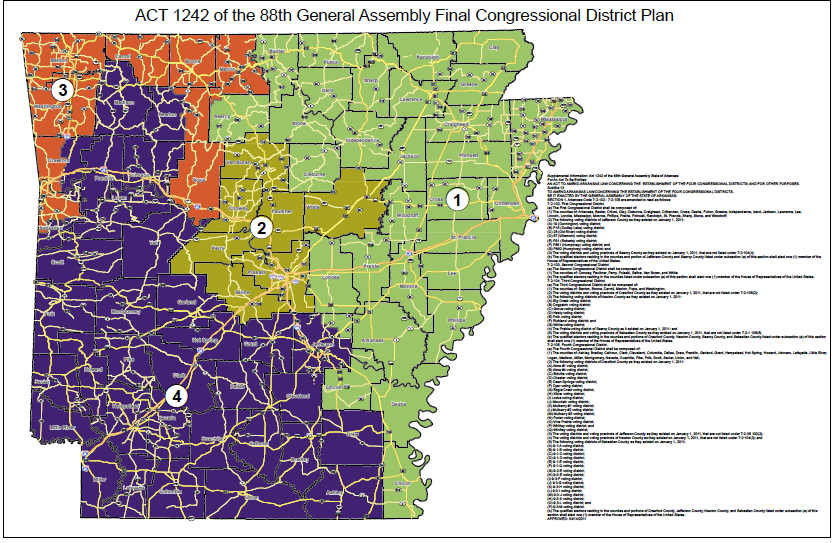 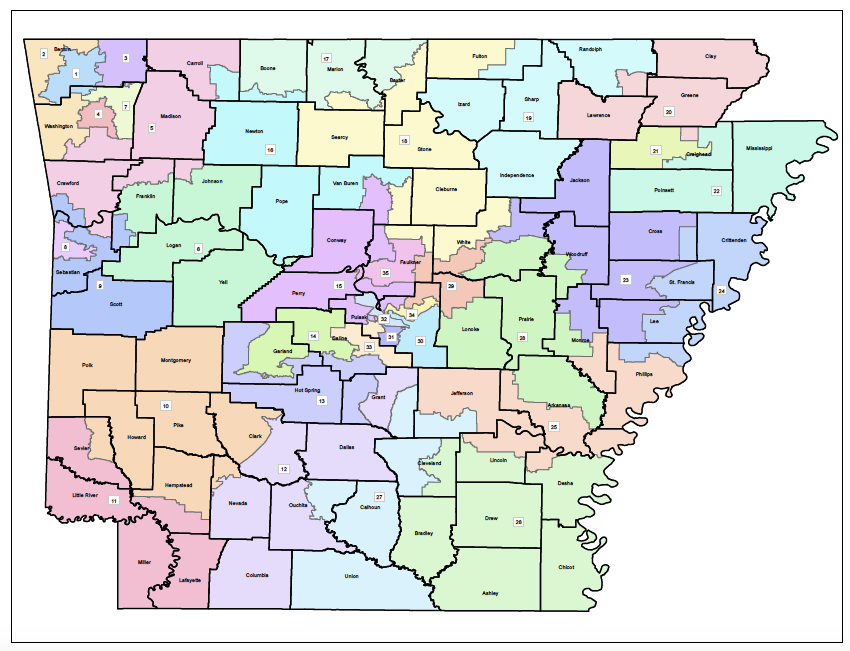 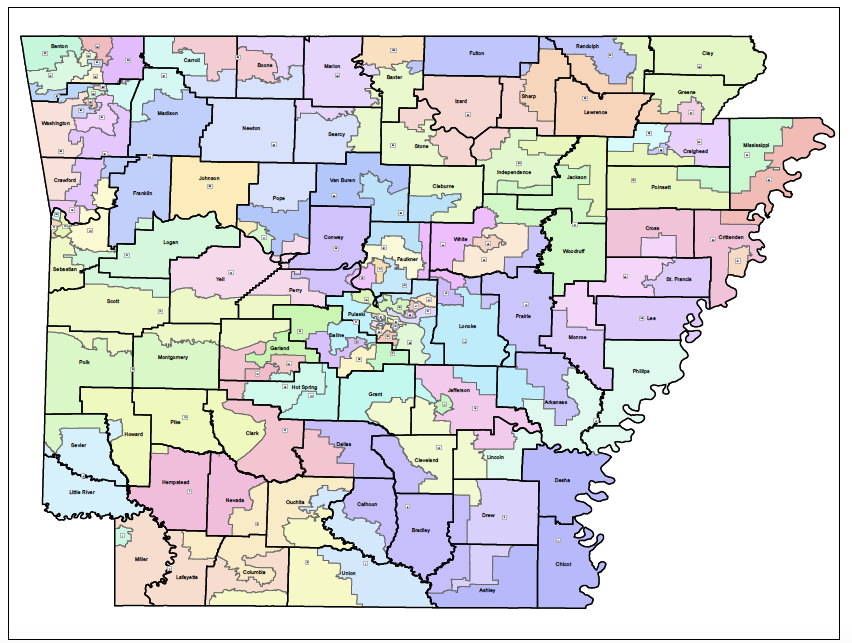